Authorities said that a 73-year-old Florida man died Tuesday after crashing the single-engine homemade plane he was piloting.

According to the Volusia County Sheriff’s Office, Charles Alban traded planes with another pilot earlier in the day for a Taylor Monoplane.

“When he attempted to take off, he lost control and struck a tree,” the sheriff’s office said.

He was rushed to a hospital where he died of unspecified injuries.

According to witnesses, Alban taxied the plane several times at the Blue Ridge Flightpark Airport until he got comfortable with it. Once he got comfortable, he turned south on the airstrip and planned to fly home to Venice, Florida.

“However, the plane did not appear to climb into the air and suddenly veered left for unknown reasons, striking the tree,” authorities said.

Federal Aviation Administration and National Transportation Safety Board are investigating. 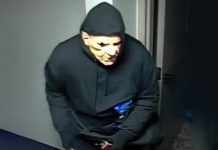