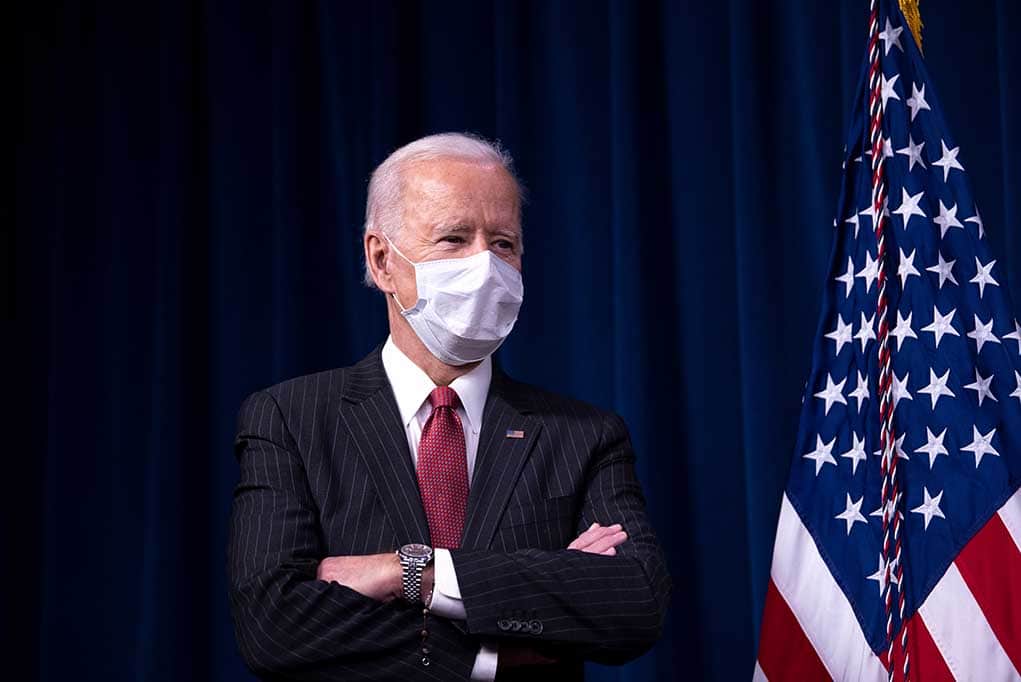 (RightWing.org) – Many Americans are looking forward to summer barbecues, vacations, and time with family and friends. The last year took a toll on many as governors shut down their state economies and restricted people to their homes before loosening some mitigation efforts. During the 2020 general election, then-presidential candidate Joe Biden often lambasted President Trump, who warned that the cure couldn’t be worse than the disease in April 2020.

Now, the Biden administration is walking a fine line. On the one hand, it recognizes that the public is growing weary of restrictions and mask mandates. On the other hand, it tries to portray itself as caring by asking Americans to continue with some restrictions as officials contradict themselves regularly. The reality is that Biden’s public persona on the issue is different than the reality, and the fact is he’s not taking the pandemic as seriously or responsibly as he promised he would. He can’t. If he did, it could ruin his presidency.

Forget the words that come out of the president’s mouth. Biden is demonstrating through his actions that he isn’t taking the pandemic seriously. How do we know this? There are numerous examples.

Let’s start with the president’s arbitrary requests. Soon after election day, Biden called for vaccination goals that were already being met. He then asked that people continue to wear masks at all times despite evidence that they don’t provide much protection outside. While the administration argued for vaccinations, officials provided no rationale or incentive to get them. Life isn’t returning to normal over vaccinations. Last month, Sen. Rand Paul (R-KY) accused Dr. Anthony Fauci of using masks as political theater to exert control over the public when it wasn’t necessary.

Over the last few months, numerous southern GOP-led states lifted their COVID-19 mitigation orders and mask mandates. According to the data from the CDC, Texas and Florida are reporting fewer cases than the masked states of Michigan, Pennsylvania, and New York. Yet, Biden excoriates open states as thinking “neanderthal” and accusing them of an upcoming apocalypse despite the scientific data to the contrary.

On Tuesday, April 27, despite Biden’s ongoing rhetoric, Tennessee became the latest state to entirely lift its COVID-19 restrictions. Gov. Bill Lee (R-TN) ordered all restrictions lifted immediately and told counties to end mask mandates no longer than Memorial Day. He said the pandemic no longer affected the state and restrictions were no longer necessary.

Let’s also not forget about the seriousness of allowing illegal immigrants to travel freely into the country on the government’s dime despite testing positive for COVID-19.

Oh… And What About Cuomo?

During the Trump presidency, either the former president or Vice President Mike Pence met regularly through calls with governors to discuss the federal government’s role in the pandemic. However, Biden hasn’t been on a single call. Instead, he brushes them off and allows New York Gov. Andrew Cuomo to lead alone.

He’s the same failed governor who lied about nursing home deaths early in the pandemic after ordering sick people to return to nursing facilities from hospitals.

The truth is Biden doesn’t need to do much, or it could risk hurting his presidency. COVID-19 is a tool for the president to wield when he needs to pass controversial, left-wing legislation. It’s not a pandemic to end. It’s one to continue on in perpetuity to ensure the Left’s agenda is fulfilled.

As more states ignore Biden, will he lose his relevancy?