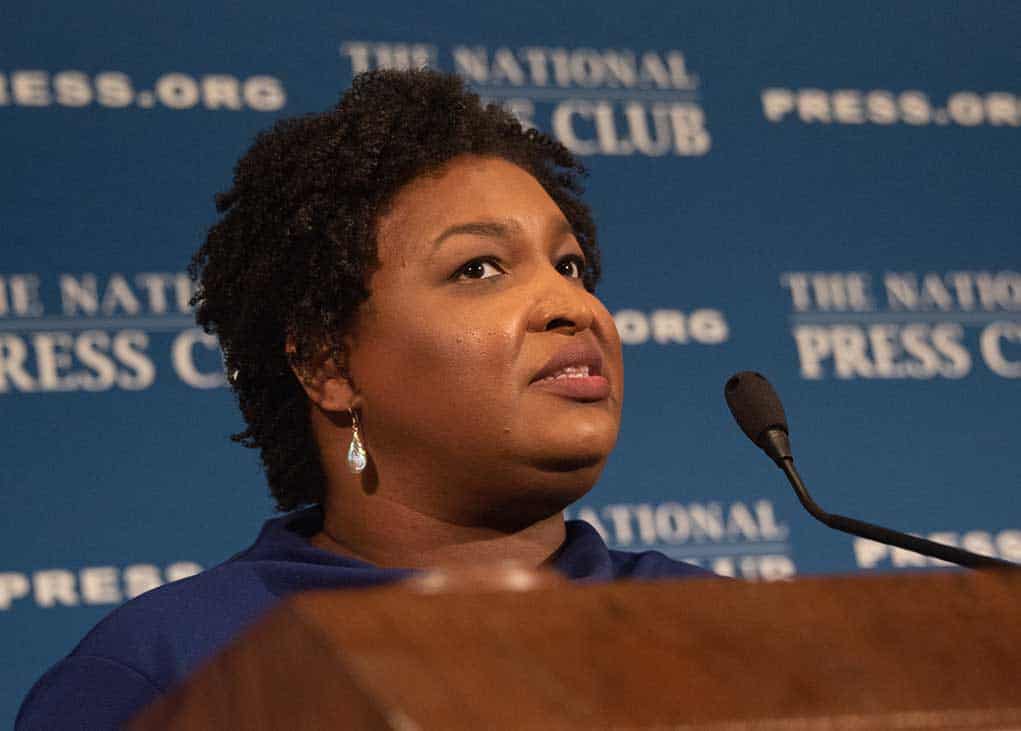 (RightWing.org) – In March, Republicans in Georgia passed a common-sense election reform bill that expanded voter rights while also protecting the integrity of the vote. President Joe Biden lied at least four times about the bill and accused the GOP of racism. Across the country, other GOP-led states also either passed or are about to pass election reforms as well. In response, Democrats in Congress are trying to pass a controversial law that would federalize elections and strip the states of their election responsibilities under the 10th Amendment of the US Constitution. Some claim the bill serves to ensure chaos and fraud.

The “For the People Act” is not for the people at all. Instead, it erodes election integrity and favors Democrats in elections. On Tuesday, April 20, former Georgia gubernatorial candidate and now Democratic voting activist Stacey Abrams testified before the Senate Judiciary Committee. Abrams alleges that much of the Georgia law is racist and disenfranchises voters. However, Republicans on the committee got her to contradict herself by saying more restrictive election laws in Democratic states were okay because racism wasn’t their intent.

What’s So Racist About Election Reform?

During the hearing, Republican Senators exposed several fallacies Democrats created about GOP-led election reform laws. They questioned Abrams about her criticisms of Georgia’s election law. The Senators asked her about no-excuse absentee balloting and voter ID laws, a popular policy among voters.

When pressed, the failed Democratic candidate said “intent” is important, not the law itself. She claimed the Georgia law disproportionately hurt people of color who voted in larger numbers in the 2020 and 2021 elections. She also alleged that the law was written out of “racial animus” even though she acknowledged that most legislators didn’t share that sentiment.

However, that’s a rue. According to her position, the laws in Democratic states still harm black American’s voting rights, do they not? What happened here is Abrams and the Democrat’s narrative got exposed as fake. Georgia’s no excuse mail-in absentee voting allows any registered voter to cast a ballot in any election without any inconvenience. Can you say that in any one of the blue states mentioned?

Regarding Voter ID, Abrams essentially said she doesn’t object to it unless it’s required. Her wording jujitsu was astounding. On the one hand, she says voter ID is necessary. On the other hand, it must be racist if a photo ID is required.

In the end, Senate Republicans got Abrams to admit the truth. It was an impressive feat of questioning that finally got to the real issue. You can expect to see TV commercials and online video ads in the upcoming election.

How will voters respond?