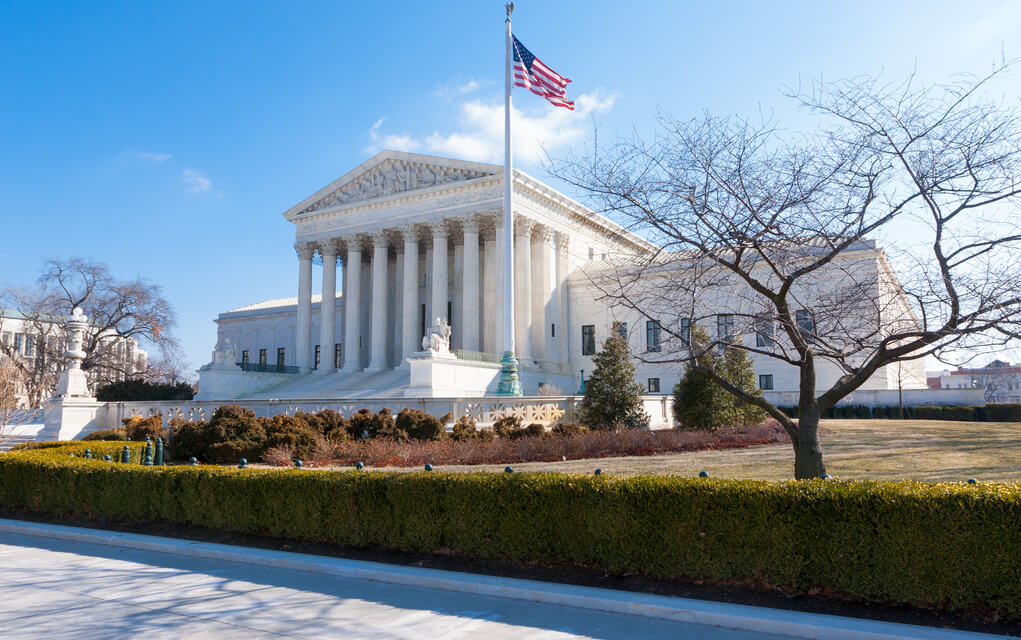 (RightWing.org) – In recent years, some justices on the US Supreme Court signaled they were concerned about the growing power of the administrative state as Congress wrote convoluted and lengthy laws. Some of the laws are so poorly written that the executive branch was given leeway to essentially re-write the law interpretively as regulations that fit the ideology of any given administration. Even courts struggle to understand Congress’ intent and are in a bind to decide a case.

On Thursday, April 29, the Supreme Court released a decision after it was forced to wrestle with a single word in a case involving the potential deportation of an illegal immigrant. The majority ruling said one word made the rules subjective for the government, but not the individual. In fact, the ruling could create a new standard not just for this case, but all cases that follow as the court starts considering cases involving the administrative state.

Government Ignores Its Own Rules

Since World War II, legislation signed into law comprised of four to six million words in each two-year term of Congress. Most bills are not stand-alone bills and generally have numerous provisions attached to them. For example, the current $2.3 trillion infrastructure bill includes social issues such as healthcare and education. It’s conceivable that a bill passed in 2021 contradicts a bill passed in 1951 due to the volume of legislation.

There are many reasons why bureaucrats may not follow specific rules. Sometimes it’s because a law is too vague or contradicts itself or another law. In other instances, it’s because it’s simply not convenient. That appears to be the case in the Supreme Court’s 6-3 ruling in Niz-Chavez v. Garland.

In summary, an illegal immigrant can avoid deportation if they’ve been in the US for at least 10 years — at the attorney general’s discretion. When an immigrant gets a “notice to appear” with information about a deportation hearing, the clock officially stops. However, Agusto Niz-Chavez was left confused after receiving numerous piecemeal notices over several months, with each providing different information.

The court ruled that the administrative state erred egregiously. The majority (Justice Gorsuch, wrote the opinion and was joined by Justices Barrett, Breyer, Kagan, Sotomayor, and Thomas with Chief Justice Roberts and Justices Kavanaugh and Alito dissenting) wrote that the law says “a” notice is required, not multiple notices. Therefore, Niz-Chavez should have received all the information needed at one time, and the justices halted his deportation.

For its part, the government claimed it’s too inconvenient to prepare all the information in one document, and over time it can change. Justice Gorsuch wrote that the federal government could not claim this convenience as it amounts to a procedural advantage against an individual. It matters not if that individual is a citizen, legal or illegal person in the United States. He added that the government must provide a “reasonably comprehensive statement of the nature of the proceedings against him.”

Perhaps more to the point, Gorsuch added that the government couldn’t cry about administrative inconveniences, and self-serving regulations never “justify departing from the statute’s clear text.” He saved his strongest rebuke for last when he wrote that the administrative state wrongly allows itself latitude that it doesn’t offer to individuals. Some might call that hypocrisy.

Perhaps moving forward, the Supreme Court will hold Congress more accountable for the laws it writes, and the interpretation of the laws by the executive branch. Maybe, just maybe, checks and balances are being restored.